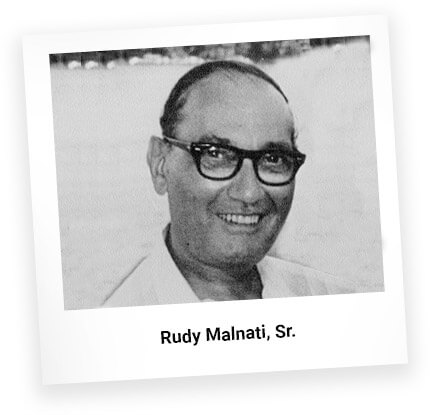 Along the highways of the nation are frequent reminders of America's debt to European culture. "Beefburgers 35 cents", proclaim signs advertising a unique American sandwich descended from the fine sausage of Hamburg, Germany. "Hot Dogs" say a dozen more, inviting the motorist to lunch on variations of the frankfurter sausage of Frankfurt, Germany, or the wienerwurst of Vienna. Newest immigrant among roadside munchable is the pizza of Naples. Pizza (pronounced peet-sa) is the Italian word for pie, although Americans refer to it as pizza pie – a redundancy perhaps indicating enthusiasm for the combination of crisp pastry, bland melted cheese, tomatoes and spices, which in a few short years has become a national favorite. Pizza originated among peasants in and around Naples in medieval times. Originally, it was merely a paper-thin slice of bread dough baked in a hot stone oven. Later, other foods were added when available. After World War I, pizza spread to other Italian cities, each of which introduced variation. 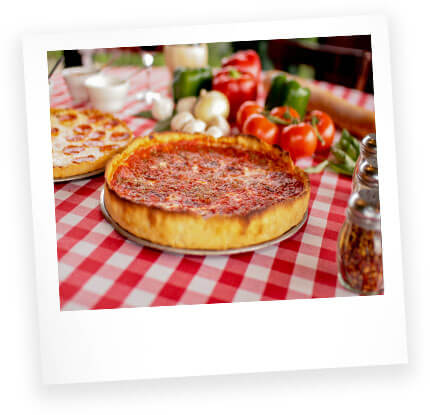 Pizza came to America with Italian immigrants of the 19th century but has enjoyed its American boom principally since World War II. It first became popular in port cities like New York and San Francisco, gradually moving inland until today it is featured at more than 15,000 pizzerias from Boston to San Diego – even in Hawaii. It is more popular in America than in Italy, where it is most frequently served as an appetizer. In fact, tourists sometimes have trouble finding pizza in its native land. For Americans who take their pizza seriously, October 6-12 has been set aside as International Pizza Week by the International Pizza Clubs, of which comedian Jerry Colonna is president.

One of the pioneers of pizza’s inland movement has been Rudy Malnati, who in 1943 established Pizzeria Uno on Chicago's near north side. An unpretentious lower-level bar and restaurant, Pizzeria Uno early developed a substantial following among pizza lovers and led to the establishment of Pizzeria Due last year. Though Rudy doubts that pizza like his can be achieved at home, he is quick to offer helpful hints to the would-be pizza baker. A good raised bread dough tones the crust. High-grade canned tomatoes (not paste) and slices (not shreds) of bland mozzarella cheese, topped with a sprinkling of grated Parmesan and oregano complete the basic pizza. If you can obtain good quality Italian sausage (Rudy makes his own), add a substantial layer before baking. A hot oven is essential; Rudy's bake at 600 degrees for approximately twenty minutes. Anchovies, onions or green pepper are other optional additions. A tossed salad, a chilled bottle of red Chianti wine and fresh fruit complete a peasant’s meal fit for the king of Naples.

"Article written and published in 1956"

Our pizza is skillfully prepared from Rudy Malnati, Sr. authentic old Italian recipe. I offer you a pizza made with the finest quality and pure ingredients. Taste the difference!